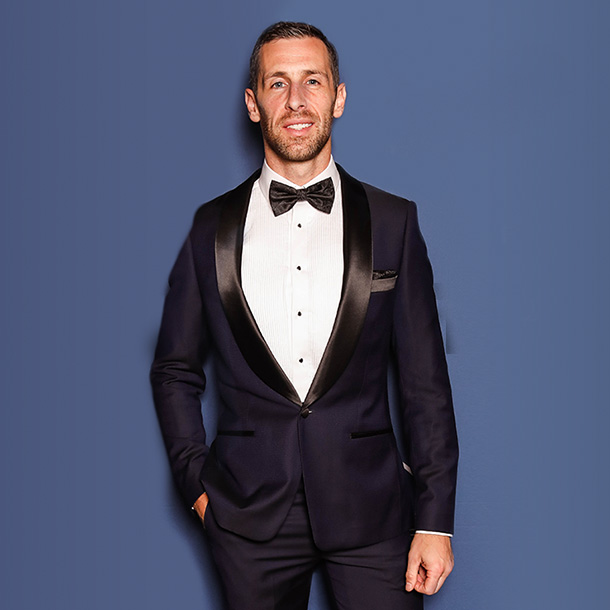 Shura Taft is an Australian television and radio presenter, MC and marriage celebrant, based in Melbourne, Australia.

Since 2006 he has appeared on television shows across all the major networks, hosting everything from kids, music, sport and reality programs.

He’s hosted ‘Eclipse Music TV’ on Go! and ‘Uplate’ with James Kerley and Natalie Garonzi also on the GO! Channel, ‘The Supercoach Show’ for Fox Footy Channel and the live broadcasts of both the 2012 Brownlow Medal Red Carpet and the 2012 AFL Rising Star award.
In 2013 Shura was chosen to host the 5th season of ‘The Mole’ for Channel 7, appeared on ‘Slide Show’, ‘The Morning Show’ and in 2015 he was the host of ‘The Bunker’, a golf show shown on Channel 7two on Sunday afternoons at 5pm.
Since then Taft has hosted a show for Draftstars for the Fox Footy Channel, the Australian National Skydiving Championships on Ch7 and a ‘Destination Happiness’ a lifestyle show aired on Channel 9 second half of 2017.

As an MC Taft has hosted events every year for 12 years from Fashions on the Field at both Flemington and Caulfield, large scale sporting events, car launches such as Ferrari and Alfa Romeo, product launches, intimate gatherings, weddings and much much more. He prides himself of his professionalism, passion and hard work he brings to events and always endevours to deliver on a client’s wishes. He is the MC for Tennis Australia during the summer of tennis and is a stadium announcer doing everything from interviewing and introducing the players to warming the crowd up. He has hosted the Hopman Cup, Australian Open finals, Tie Break Tens, Kids’ Tennis Day and much more. Many of these events are in front of thousands of people. He was Hawthorn Football Club’s home game MC at the MCG from 2014-2018 and was the home MC for the Melbourne Renegades in the Big Bash league in 2016/17 and for Cricket Australia during the summer.

In addition to his wide variety of television and hosting appearances, he has been a regular on radio, working for NOVA 100 2006-2011 as well as MMM Melbourne. In 2015, he was the anchor of the ‘Weekend Breakfast’ show heard nationally on the Hit network every Saturday and Sunday 7-9am with Jo Stanley and Michael Beveridge.

He’s been the face of travel brand Expedia as part of their 2010/11 campaign and has appeared in or voiced several television advertising campaigns for McCains, Wet ‘n’ Wild theme parks, Hungry Jacks, The Australian Diamond company, Volkswagen and AAMI insurance online.

Taft supports the Hawthorn Football Club, and played over 200 games of amateur football for Collegians FC in the Victorian Amateur Football Association, winning back to back Premier division premierships with the club in 2011 and 2012.

Shura is an ambassador for the charity TLC for Kids since 2007 and Red Dust Role Models since 2010 and has worked closely with Camp Quality, Kids Under Cover, Leukaemia Foundation and Fight MND.