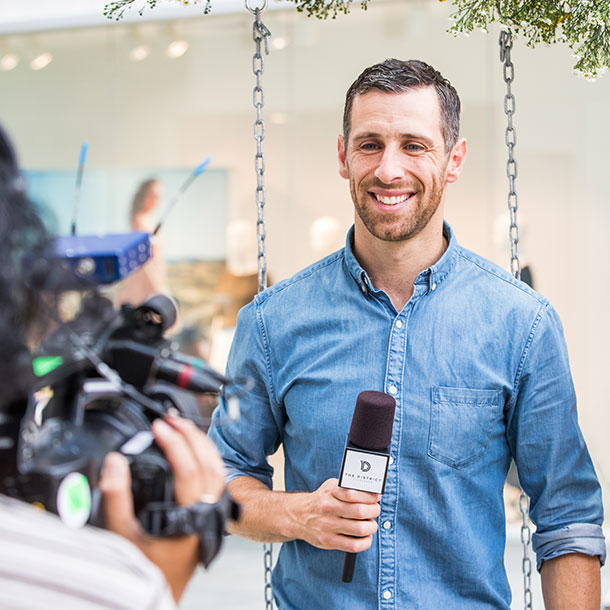 Shura got his big break as host of Channel 9‘s kid’s show ‘Kids’ WB’ in 2006 and worked on it until 2010, where he hosted over 500 episodes. He also hosted 600 episodes of ‘Pyramid‘ a kid’s game show shown every day on Channel 9 at 4pm from 2008-2012. In 2013 he was chosen to host the 6th season of the prime time reality show ‘The Mole‘ which was shown on Channel 7. He has appeared on everything from ‘The Today Show‘, Mornings with Kerri-Anne, Postcards, The Morning Show, Destination Happiness, Slide Show, Studio 10, UpLate and Eclipse Music TV. He also hosted ‘The Supercoach Show‘ and ‘Draftstars‘ for the Fox Footy channel over the years and was one of the live hosts at the Brownlow Medal and NAB Rising Star awards in 2012.

As a radio host he got his start at Nova 100 in Melbourne in 2005 as part of the street team and worked his way through the ranks to become weekend and fill-in announcer. He has also been an announcer at MMM Melbourne and was the Anchor for the Weekend Breakfast show with Jo Stanley and Michael Beveridge in 2015. He is currently a casual announcer with SCA in Melbourne.